To share your memory on the wall of Bobby Lankford, sign in using one of the following options:

Print
A private service service is planned and a celebratioin of life memorial will be held at a future date.

Bobby is preceded in death by parents, John Cecil Lankford and Lucille Pringle Lankford and two brothers, Johnny and Wayne Lankford... Read More
A private service service is planned and a celebratioin of life memorial will be held at a future date.

Bobby grew up in Houston and graduated Reagan High School in 1950. He then attended the University of North Texas on a football scholarship. While at UNT he was in the Air Force ROTC program and after graduation entered the Air Force. He graduated Pilot Training in 1956. While in the Air Force he flew refueling tankers among other aircraft. He was also involved in the SAC. Awhile after making Captain, he left the Air Force after nine years and was then employed by American Airlines where he remained until retirement in 1988.

Bobby had a zest for life, he believed in hard work and demonstrated it throughout his whole life. He recognized that hard work and dedication, stepping out of your comfort zone, and continual education was necessary to succeed. One of his favorite quotes was by Vince Lombardi, “Perfection is not attainable, but if we chase perfection we can catch excellence”.

He was so grateful for all that he had and appreciated his family and friends. He enjoyed travel and golfing, reading and a good card game, and was always happiest when company was coming to the house and we were busy cooking for them.

At Bobby’s request, in lieu of flowers, please donate locally to the Chandler Food Bank or the Chandler Historical Society.
Read Less

To send flowers to the family or plant a tree in memory of Bobby Lankford, please visit our Heartfelt Sympathies Store.

Receive notifications about information and event scheduling for Bobby

The insignias listed here may be subject to copyright and/or trademarked. Those copyrights and trademarks are owned by the respective organizations.

We encourage you to share your most beloved memories of Bobby here, so that the family and other loved ones can always see it. You can upload cherished photographs, or share your favorite stories, and can even comment on those shared by others.

Jordan Cortez sent flowers to the family of Bobby Lankford.
Show you care by sending flowers

Posted Jan 02, 2019 at 01:12pm
My condolances to the family. I have many years of fond memories with Bobby as pilots with American Airlines.

My prayers are with you and your family during this time of loss. 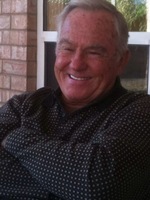