To share your memory on the wall of Zachariah Taylor II, sign in using one of the following options:

To know Zane was to love Zane. He was born on December 27, 2000. He never met a ... Read More
Services for Zachariah "Zane" Taylor II will be Saturday, August 15, 2020 at Rock Hill Baptist Church, Brownsboro, with Brother Danny Bristow officiating.

To know Zane was to love Zane. He was born on December 27, 2000. He never met a stranger, and everyone left a friend. By taking advantage of any opportunity life gave him he learned so much in his short 19 years. If there was a word to describe him it would be Athlete. There was not a sport he could not play or competition he backed down from. He could plow fields, bale hay and most recently spent the summer building boat houses. He once said he took lots of pictures because he wanted to have a lot of memories. We are so grateful for all the memories with that smile that could light up a room.

Zane attended Brownsboro schools and was a graduate of Grand Saline High School Class of 2019. There were many things Zane loved. He loved his mama and football. Football was his passion. He shared this love of the game with his father and brother who he loved so much. Many hours were spent in pursuit to perfect his game. He could tackle and play almost any position. Zane helped lead his team in 2018 to a Bi-District championship. This was Grand Saline’s first playoff win in 19 years. Which was one of Zane’s most treasured accomplishments. Zane was dedicated and was excited to be on his way to starting his sophomore year at Blinn University in College Station.

Zane loved the Lord, his family and his many friends. We find comfort in knowing that we will see him again one day in Heaven. He went to be with the Lord on August 8, 2020.

But like Zane always said, “The road goes on forever.”

Visitation for Zane will be held Friday, August 14, 2020 at Chandler Memorial Funeral Home.

To send flowers to the family or plant a tree in memory of Zachariah "Zane" Taylor II, please visit our Heartfelt Sympathies Store.

Receive notifications about information and event scheduling for Zachariah

We encourage you to share your most beloved memories of Zachariah here, so that the family and other loved ones can always see it. You can upload cherished photographs, or share your favorite stories, and can even comment on those shared by others.

Posted Aug 13, 2020 at 03:02pm
Tiffany, Tres, Zack and family, Your CAMP iHOPE Family loves you! We are thinking of you and praying for you. 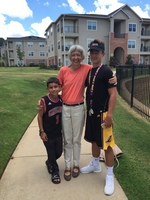 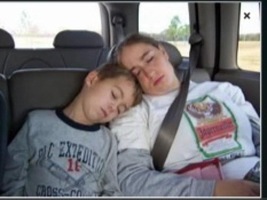 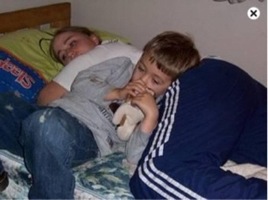