To share your memory on the wall of Rev. Larry Johnson, sign in using one of the following options:

Provide comfort for the family by sending flowers or planting a tree in memory of Rev. Larry Johnson

Mr. Johnson passed away February 19, 2019 in Sugar Land. He was born January 1, 1947 in Graysville, Alabama to the late Roy Richard Johnson and Johnnie Christine (Morse) Johnson. Ministry was a big part of his life as he served many years as a bivocational pastor and in the prison ministry. He loved to travel to Branson and often took many cruises. He also enjoyed hunting, fishing and was an avid reader.

Memorial contributions may be made in his name to the American Cancer Society.

Services have been entrusted to the Chandler Memorial Funeral Home family.
Read Less

To send flowers to the family or plant a tree in memory of Rev. Larry Johnson, please visit our Heartfelt Sympathies Store.

We encourage you to share your most beloved memories of Rev. Larry here, so that the family and other loved ones can always see it. You can upload cherished photographs, or share your favorite stories, and can even comment on those shared by others.

Greg and Karen, Care Associates of TeamHealth, and others have sent flowers to the family of Rev. Larry Johnson.
Show you care by sending flowers

Posted Feb 21, 2019 at 12:53pm
Our thoughts and prayers! Wish we could be with your during this time. All our love from the King Family!

All Of Your Sierra Family

Posted Feb 20, 2019 at 01:22pm
Please accept our most heartfelt sympathies for your loss... Our thoughts are with you and your family during this difficult time.

All Of Your Sierra Family purchased flowers for the family of Rev. Larry Johnson. Send Flowers 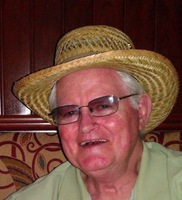