To share your memory on the wall of Norman Lay, sign in using one of the following options:

Provide comfort for the family of Norman Lay with a meaningful gesture of sympathy.

Norman had many accomplishments in his life. Upon graduating from high school, he and his father made a 30-day, 1800-mile bicycle ride from Kingdom City, Missouri to Montreal, Canada and back in 26 days averaging 80 miles a day. A talented pianist, he played over the radio station in Jefferson City, Missouri.

He graduated from the University of Missouri in 1943 with a degree in
Mechanical Engineering. After graduation he married his childhood sweetheart Clover Kerr Smith. Norman and Clover moved to Wichita, Kansas where he was employed by Boeing Aircraft Company. While at Boeing Aircraft Company, he worked on the B-29 bombers as a design, electrical and test flight engineer. World War II had ended, and he went to work for KOCH oil company designing oil refinery equipment.

After a year, he decided to go back to Kingdom City and farm his father’s land. But after a year on the farm, he missed aircraft work. They moved to Arlington, Texas where he was employed by Vought Aircraft (LTV), which is now Lockheed Martin, until his retirement in 1983. During his years of working as an engineer, he received 6 patents for molded electrical wire used on airplanes. At LTV, he was a lead engineer on the Vought F4U Corsair fighter aircraft used in the Korean War. He also served as a lead electric and photographic equipment engineer for Navy Commander John Glenn’s plane, Project Bullet Chance Vought F8U, that established a new flight record time from the West Coast to the East Coast. He worked on ocean going ships that were involved in the NASA space program. During the cold war, he designed classified optical equipment used to monitor Russia’s electronic equipment. He also designed an infrared guidance sensor used with a remote control on surface to air missiles.

After retirement, Norman and his wife, Clover, decided to move to Lake Palestine to be closer to both daughters living in East Texas and to join other friends who had relocated to the lake. Participating in volunteer work in his retirement, he became a committed volunteer for CASA, helping with children in the foster care and welfare system. He also served on the Wildewood Home Owners Association Board. He remained very physically active riding his bike in the Hotter-Than-Hell 50-mile bike ride in Wichita Falls, Texas; he enjoyed ballroom dancing, canoe trips, and cooking. Norman enjoyed doing projects around the house and was always willing to help others.

The family gives special thanks to caregivers Michelle Sanders, Brett Hoffman, Melody Yarbrough, Amy Ramirez, Doug Earnest, and Adam Lopez for all their encouraging and tender care for Norman. Thanks also to Hospice of East Texas and their nursing staff.

In lieu of flowers, donations may be made to the First United Methodist Church, 507 Broad St., Chandler, TX 75758.

Private graveside services will be held at Chandler Memorial Cemetery in Chandler, Texas on Wednesday, April 29th with family members.

To send flowers to the family or plant a tree in memory of Norman Lay, please visit our Heartfelt Sympathies Store.

Receive notifications about information and event scheduling for Norman

There are no events scheduled. You can still show your support by sending flowers directly to the family, or planting a memorial tree in memory of Norman Lay.
Visit the Heartfelt Sympathies Store

We encourage you to share your most beloved memories of Norman here, so that the family and other loved ones can always see it. You can upload cherished photographs, or share your favorite stories, and can even comment on those shared by others. 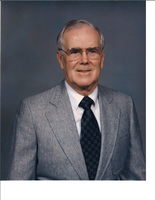