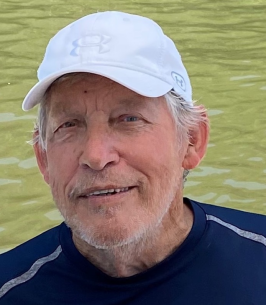 It is with deep sorrow that we announce the passing of Milton Paul Richau on June 11, 2022, at the age of 88, in Derby, Kansas. A celebration of life service is scheduled for 2:00 p.m., Friday, June 17, 2022, at West Lake Baptist Church with Bro. Lee Evans officiating. Interment will follow at Concord Cemetery under the direction of Chandler Memorial Funeral Home.

Milton P. Richau was born February 5, 1934, in The Dalles, Oregon. He left Oregon to join the Navy, where he served his country from 1954 until 1958, at the end of the Korean War. He returned and settled down to start a family in Texas. He lived in Chandler for more than 28 years and was a member of West Lake Baptist Church, where he enjoyed participating in bible study classes and volunteering at their food bank. He had a heart for helping others in need and will be greatly missed by those who knew and loved him.

He was preceded in death by his parents, Paul Richau and Geraldine Jenkins, his sister, Ricki (Eunice) Shoptaw, and his daughter, Wendy Richau.

The family invites you to offer condolences and share memories of Milton in the guest book below.