To share your memory on the wall of James Bearden, sign in using one of the following options:

He will be truly missed by many. He has touched the lives of people far and wide. He was known for his great stories and jokes, making others laugh, and being a great man.
He served our country in the US NAVY during the Vietnam War aboard the
USS Raleigh LPD 1.
There was very little he could not do. Just to name a few things he did in his life …he worked in the Oil Field, was a Truck Driver, a welder, and worked at Carrier for almost 20 years.
During their marriage James & Lynn never shied from new adventures. They built, owned and operated a BBQ restaurant, they bred and hunted Redbone Coon hounds, they operated “The Train” on the mountain in Canton , they had a concession stand at an ATV Mudd Run, they were Mr. and Mrs. Santa Claus for many years…all while working their full time jobs to make a living so they could enjoy doing the fun stuff.
James loved people, laughing, fishing, hunting, building things, playing with the grandkids, roundtable coffee discussions and living life to the fullest and most of all…”Piddling”
He and Lynn were members of Calvary Baptist Church, where they were married. Their wedding was in the old sanctuary which took place during the evening worship service on Sunday September 6, 1992. During the ceremony all married couples in attendance stood and renewed their vows as James and Lynn exchanged their vows. Afterwards everyone enjoyed a church wide fellowship and reception. James kept God as the center of their marriage and life together. He was a great role model as a man, husband, father and Pawpaw and a friend.
He was a Member of The Masonic Lodge #1051 where he was Past Master.
Although our family has a strong faith and we love The Lord, our hearts are broken, and we did not want to let go. It is very difficult to let go of a man like he was. Please keep us all in your prayers as we try to move forward and honor him. Life will never be the same until we meet again, and we do believe that day will come for us all.

If you would like to honor him,
you may make a donation in his name to
The Hospice of East Texas. The staff were so very precious and kind.

To send flowers to the family or plant a tree in memory of James Bearden, please visit our Heartfelt Sympathies Store.

Receive notifications about information and event scheduling for James

We encourage you to share your most beloved memories of James here, so that the family and other loved ones can always see it. You can upload cherished photographs, or share your favorite stories, and can even comment on those shared by others.

Posted Jul 19, 2019 at 03:51pm
Bro. James was always kind and funny. He was a great man and Christian too. Our family loved him so much! We will be praying for the family and Lynn in the days ahead. May God bless each of you. Love, Danny, Janet, and Sarah Sandifer
Comment Share
Share via:
HS

Flowers were purchased for the family of James Bearden. Send Flowers 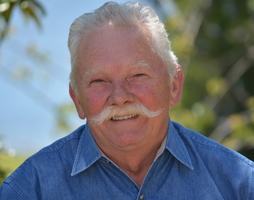 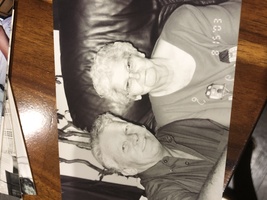