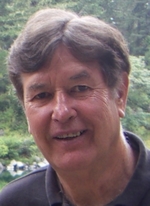 Services for Hershel Jones, 82, of Chandler, are scheduled for Saturday, May 18, 2019 at 11:00 AM at Chandler Memorial Funeral Home with Rev. Scott Wiley officiating. Burial will follow in Chandler Memorial Cemetery under direction of Chandler Memorial Funeral Home.
On Sunday, May 12th Dr. Hershel "Bud" Jones, loving husband and father of five children passed away at the age of 82. He was born May 23, 1936 to Leon Henry Jones and Frances Paralee Smith in Winnsboro, Louisiana. Bud played football for Winnsboro HS then signed up for the U.S Army where he achieved the rank of First Lieutenant. Concurrently he received a Bachelors and Masters degree from LSU and after leaving the Army received his doctorate from the University of Oklahoma. Bud taught briefly at The University of Missouri, Norman, and then several years for SFA before entering the oil industry when he went to work as an exploration geologist for Lingen Oil Company. He was proceeded in death by his parents and his sister Adney Gibson, his brother in law Henry "Gib" Gibson and nephew Clay Gibson. He is survived by his Wife Wanda Lee Jones and children, Steven, David, Kimberly, Michael and Jade. Two Step children, Cindi and Shon. He leaves behind 22 grandchildren and 7 great grandchildren. Donations in lieu of flowers may be made to the aspca.org.


Services have been entrusted to the Chandler Memorial Funeral Home family.