To share your memory on the wall of Guy Hudson, sign in using one of the following options:

To send flowers to the family or plant a tree in memory of Guy Hudson, please visit our Heartfelt Sympathies Store.

We encourage you to share your most beloved memories of Guy here, so that the family and other loved ones can always see it. You can upload cherished photographs, or share your favorite stories, and can even comment on those shared by others.

Posted Sep 23, 2019 at 04:29pm
My family knows him as Uncle Guy. We will never forget the time he went zip lining with us and he was the oldest person to ever zip line at their facility. When he told me this, he had the biggest smile and he was so proud that he was still so adventurous at his age. He is and always will be the oldest person to ever sail on our little sailboat Flipper. My husband Michael Glanton Jr. will never forget this experience with Uncle Guy on our sailboat. They were not blood related, but had so much in common!!

He always had the nicest things to say to me...... so positive and always made me feel welcomed. I am honored that he got to see my daughter, Gwyneth Glanton, in the Sound of Music and the several times we got to go "glamping" with him. He will be truly missed by our family, but so glad that he led such a good life and did some very amazing things before he left us. RIP Uncle Guy!!!
Comment Share
Share via:
AM

Posted Sep 23, 2019 at 10:38am
I have very pleasant memories of Guy, Louise, Cindy and Richard in Plymouth Park/Irving. Theirs was a happy, welcoming household. I loved playing with Cindy and their little dog. Guy always had a smile on his face and laughter to share. I am sorry for your loss, Cindy. You are blessed to have had your dad with you for so long. Sympathies from Anita Petree Morris in Dallas, TX.
Comment Share
Share via: 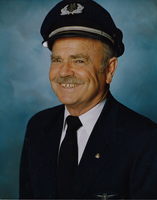