To share your memory on the wall of George Aaron, sign in using one of the following options:

He fondly remembered living on the farm with his Maw-Maw and Pap-Paw Hodge during his first grade in Harlingen. He loved planting, eating vegetables, Maw-Maws cornbread and the taco eating contests. He often won the contest by eating as many as five tacos.

Barney developed a love for fresh fruit when his mother worked as a fruit packer and was able to bring prime fruit home.

His first introduction to sports was playing baseball in third grade. In high school he played three years of varsity basketball and also played varsity football in his senior year. He was a “starter” and “lettered” in both sports for each year he played that sport.

Upon High School graduation in 1952, he received a basketball scholarship at Schreiner Junior College in Kerrville, where he met and married the love of his life, Minnie Lee Coke. He then accepted a basketball scholarship at Southwest Texas Teachers College in San Marcos. He joined the AF ROTC and in his senior year, served as their Corp Commander. He received a bachelor’s degree of Science in Education from SWSTC in May 1957 and a master’s degree from Louisiana Tech in 1978.

He entered the Air Force as a 2nd Lieutenant on October 2, 1957 at Lackland Air Force Base. The Air Force sent him to flight training. After flight training, he flew the B-47 and B-52 aircraft during the Cold War and 226 missions in the Vietnam Conflict. Barney and Minnie had three children, two boys (Donald and Steven) and a girl (Katherine Renee) during these years. He was gone almost one-half of the time during his 14 years as a crew member in the Strategic Air Command. He also served on the SAC Inspector General’s Team and as a B-52 Squadron Commander at Barksdale AFB, Louisiana. He retired from the military after 26 years of service on November 30, 1982 at Kelly AFB in San Antonio. He then worked for the San Antonio Water Board in their Safety Division for an additional 10 years before retiring from the work force completely.

The Aarons eventually moved to Chandler and then to Tyler.

Barney maintained a large vegetable garden, a lawn and shared his pickup with his son Don. He loved sharing the vegetables with family, friends and neighbors. He loved the challenge of repairing cars, tools, and equipment. Barney loved to problem solve and could fix almost anything that was malfunctioning. He did some home painting, plumbing, lawn equipment and vehicle repair. He and Steve worked together to keep Steve’s house functional, in good condition, neat and attractive. They frequently helped each other and enjoyed watching sports on TV. They took pride in helping a neighbor solve lawn or weed problems. He dearly loved his wife and was a proud father, grandfather and great grandfather. He cared for his wife, shopped for food, cooked all the meals and did all the housekeeping chores when his wife became ill after back surgery and the onset of Binswanger’s Disease. Barney never met a stranger, loved to talk and life.

To send flowers to the family or plant a tree in memory of George "Barney" Aaron, please visit our Heartfelt Sympathies Store.

Receive notifications about information and event scheduling for George

We encourage you to share your most beloved memories of George here, so that the family and other loved ones can always see it. You can upload cherished photographs, or share your favorite stories, and can even comment on those shared by others. 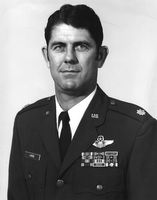