To share your memory on the wall of Damon Adkins, sign in using one of the following options:

Print
Graveside services for Damon Adkins, Sr., 68, of Chandler are scheduled for 3:00 pm Sunday, August 23, 2020 at Concord Cemetery in Chandler.

Damon Harold Adkins, Sr. was born July 25, 1952 in Harlan, Kentucky, the son of William Charles Adkins and Evelyn Ruth Russell. His family and close friends will miss him dearly.

He was preceded in death by his parents.

To send flowers to the family or plant a tree in memory of Damon Adkins, please visit our Heartfelt Sympathies Store.

Receive notifications about information and event scheduling for Damon

We encourage you to share your most beloved memories of Damon here, so that the family and other loved ones can always see it. You can upload cherished photographs, or share your favorite stories, and can even comment on those shared by others.

Posted Aug 23, 2020 at 11:44am
Our heart felt thoughts and prayers are with Damons family and Charlette. He was not only a true friend but a Brother. He will be deeply missed.

Posted Aug 21, 2020 at 11:54pm
My family and I Have known Damon and his family for years. We loved listening to him preach. And we would get together and talk. He will be missed dearly we loved him he was part of our family to.
Comment Share
Share via: 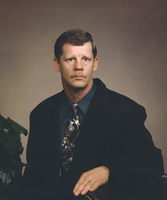