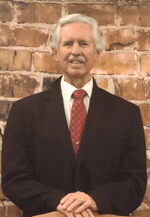 Chester Thomas Craig was born July 26, 1935 in Brownsboro, Texas, the son of William Price Craig and Pearl Ethel (Wheeler) Craig. He was a member of Rock Hill Baptist Church and worked as a supervisor for Kelly Springfield from 1962 until his retirement in 1993. Chester was one of the founding members of the Brownsboro Little Dribblers’ Basketball and during his free time enjoyed golfing, dancing, singing and traveling. He was a man of great character who not only loved his family but showed love and compassion to others.

He is preceded in death by his parents; brother, Wilmer Dean Craig and sister, Celestean Craig Landers.